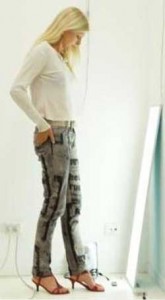 Jenni is also a lighting critic, artist, co-author and art dealer and former Art Gallery Manager, University lecturer and Myer model. Before the Gillard Group, she was a lighting consultant for a number of national electrical engineering firms. Her lighting journey started with World Expo 88 and Cairn’s Casino. Jenni is the first woman in Australia to:

– graduate in a degree wholly devoted to lighting;

– graduate with a Masters in Lighting;

– be a full member of the International Association of Lighting Designers (8th Australian).

Her studio has lit the world’s largest Oceanarium (S.E.A. Aquarium, Singapore), one of Australia’s most expensive homes, a national car dealership, many apartment complexes and significant heritage buildings and contributed to the lighting of major parklands and urban designs. 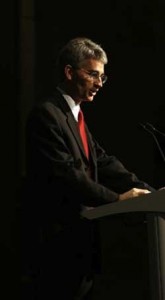 Mark Lloyd is an Australian ICT identity, technologist, international speaker, angel investor, property developer, paid ghost-writer, author and CEO. In 2012, foreseeing the: creative disruption of the traditional lighting industry; uptake of digitised light and light-based technologies; and disruption on global business; he designed and invested in solutions to service the new paradigm.

Before lighting, Mark was Chief Information Officer for Department Premier and Cabinet and other agencies (Queensland). He managed a global network and the biggest ICT outsourcing service in the State. He initiated Australia’s largest operational Intranet and first secure multi-agency shared wide area network. Mark was an ICT industry adviser to Griffith University and helped form the ICT Industry Workgroup, a peak body for ICT bodies in Queensland.  Mark initiated the Premier’s annual State address to the local ICT industry and joined Premier Beattie and business leaders to promote Queensland in America. As Vice President and Board member Australian Computer Society (ACS) Mark won the rights for Australia to host the World Computer Congress 2010 and managed Young IT and ACS Women nationally.

Mark holds multiple qualifications in various fields from several Universities. He is the recipient of the Queensland Premier’s Client Service Award and an Advocate Partner, Brisbane Convention and Exhibition Centre, Honorary Life Member of Chamber of Commerce and Industry Queensland and a Fellow, Honorary Life Member and Hall of Fame inductee ACS. 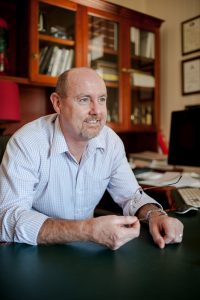 Mike Goodman is a strategic thinker and c-suite executive. He has an impressive track record in governance, finance, project management, procurement, human resource management, audit, risk services and major events management in public and private sectors. He has worked at the highest levels of Government, supporting Ministers and Directors’ General and restructured and managed corporate service environments at enterprise level. Mike led budget developments for the $2 billion Commonwealth Games and leads the $50 billion cost benefit analysis for hosting the 2032 Olympics. He joined the Gillard Group 2017. In his own words:

“the global paradigm shift in lighting is a once in a century opportunity. When I saw what the Gillard Group is building and services it has to offer and assessed its future business prospects, I had to join. I do not wish to live with regret; I want to embrace this new digital frontier.”